The Last of Sword and Shield

I had a great time with Sword and Shield. Graphics aside, I enjoyed the quality of life improvements immensely. However, before I put it to rest for this project, there's still some tidbits left to go through.

With Pokémon the Movie: Secrets of the Jungle releasing in the West, it gave an opportunity to grab Zarude. As the debut was on Netflix, I was able to watch it the day it came out (and funnily enough, watched the Sonic movie too).

Up for grabs as a promotion for the movie was Dada Zarude and a shiny Celebi. In order to get these two users had to be signed up to receive marketing emails from Pokemon.com. However unknown to me, this distribution method is notorious at best as people who have signed up for a long time may not get the emails. Those who sign up with multiple emails at the time also don't always get the promo Mystery Gift codes.

I foolishly only signed up with one email address.

However, I quickly became one of the scrambling masses clamouring for hope that their code was to come soon while scouring Twitter and Reddit for empty reassurance.

I was lucky. I asked my dear heart to also sign up all that time ago and she got the codes and gracefully gave me the Dada Zarude code. And that's the story of how I got (Dada) Zarude in my Living Dex.

Neat, free shiny Pokémon. Event locations slowly grew over the course of a month or two for this "worldwide" release. Unsurprisingly, no New Zealand.

However, thanks to Reddit I found out that GAME didn't have region blocking like other distributers and I was able to grab my two shiny doggos. Massive shoutout to them for allowing anyone to sign up to get the codes.

Throughout the project I've loosely kept to making a team consisting only of Pokémon in the game's generation. This severely limited my teams and excluded me from using old favourites. I also noticed I needed stronger Mons for getting Battle Tower items and just for funsies too.

So I finally got around to creating a semi-decent team. Nothing super competitive but useful for future in-game battles and to make me feel cool using good Pokémon. They have imperfect IVs, perfect EVs, decent moves, and minor synergy. I made sure to have somewhat of a mix of physical/special attackers/defenders.

Since Gen 6 I've also really wanted to snag a Volcarona as my egg hatcher as it can have the ability Flame Body to hatch eggs faster. Meaning after thousands of eggs, my hatching hero Slugma will be retired to a special box in Pokémon Home. That is... Assuming I'll be able to use my Volcarona in future games... (I guess that goes for Slugma too 🤔).

I wanted legitimate copies of Gen 1 bought with my own cash. However looking at the prices online... I... Opted to spend $17NZD for each game. Meaning I now have the Virtual Console versions.

Except, I also wanted the original ROMs. Looking around, it seems the 3DS version is just a wrapper and they could be extracted. So I followed a guide and snagged them myself. (Note to future me: instead of copying them via the clipboard feature in godmode9 I just did the dopy to out feature).

Closure of the Nintendo eShop

The Wii U and 3DS eShop is closing. There are various sunsetting events, but the final time is March 2023. Kinda sad, but all of these services tend to come to an end. Thankfully u/hannahroad on Reddit made a list of things to do or make sure before the shop closes. Which is one reason why you see above that I bought the original games. While I've already snagged a few things because of this whole project, in preparation from the closure I also:

I see a lot of memes but I decided to have the following three take pride of place on this page because they fit this entire series to a T.

It's not uncommon to see PokéTubers do challenges where their team are particular themes. Monotype is a big one, where you only play with a team that has a particular type. Another example is teams where the Pokémon are the same colours - which has a fun element of bringing in unexpected Pokémon due to their shiny versions. But I saw this Reddit post and thought, "I need to do this one day":

It's no secret that I write a lot of .NET and C# posts and during a read on some .NET 6 minimal API documentation, I ran into Pokémon!

With the amount of time I heard it going in 2021 you think I'd be sick of it, but I heard it by accident after playing Pokémon Legends Arceus and it was almost nostalgic 🤷.

This wraps up this short piece where I wanted to have documented, but the things here didn't fit anywhere else.

Ever wanted to see some strange, interesting, and weird .NET behaviour and features? What about bizarre C# to baffle? If so, then welcome to this little curated and peculiar collection. 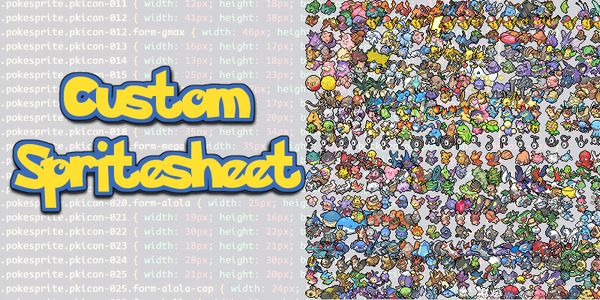 For my Living Dex project I wanted to control how the Pokémon spritesheets work. There are existing spritesheet generators, but I wanted to make my own in .NET for fun and learning.